Over 25 years of integrated coastal management (ICM) work by PEMSEA and its partners in East Asia have produced a treasure trove of case studies and best practices. These “ICM Solutions” provide a range of lessons learned, success stories and best practices that can be applied in sites across the regional or elsewhere globally for better governance and management of coastal areas. Browse the list below or filter by topic and geographic location to find the right ICM Solution for your needs. 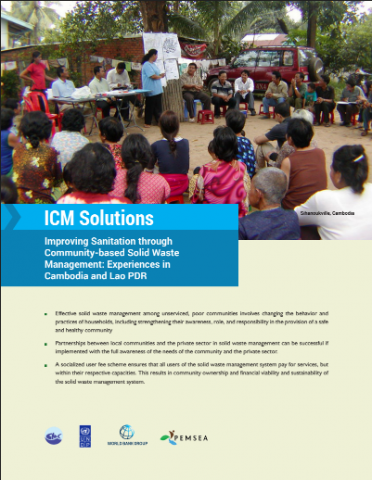 Inadequate waste management and sanitation has consequences on the health and well-being of communities and the local environment. In Sihanoukville (Cambodia) and the Sedone Provinces of Champasack, Saravanne and Sekong (Lao PDR), unsightly solid waste was a major concern with both locations relying on tourism for economic development and livelihoods. While a comprehensive analysis had not been done to determine the impacts, community members reported problems related to solid wastes including blocking natural drainage systems, flooding, the presence of vermin, illness/disease, etc

Corporations around the world as well as their shareholders are becoming increasingly conscious of the need for socially responsible behavior. While corporate objectives normally revolve around financial returns, many corporations see social and economic value in making a difference in the community in the form of CSR. There represents an opportunity for the local government and the private/corporate sector to forge partnerships and pool projects and resources in order to maximize impact. 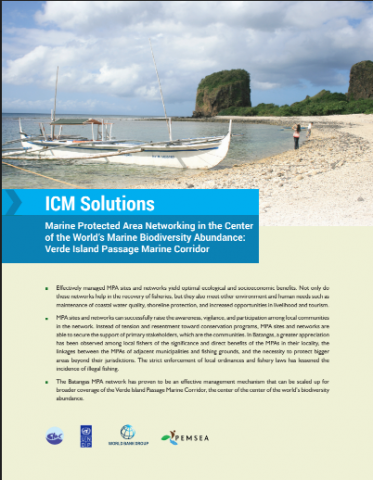 The Province of Batangas has shown significant progress in expanding its management strategies for sustainable development of the coastal and marine areas over the last 14 years. Starting in Batangas Bay in 1994, in partnership with PEMSEA, the ICM system has been replicated, now covering the entire coastline of the Province (extending to Balayan and Adjacent Bays in year 2000, and Tayabas Bay and Adjacent Bays in 2005, in partnership with World Wide Fund for Nature-Philippines [WWF-Philippines] and Conservation International-Philippines [CI-Philippines]). 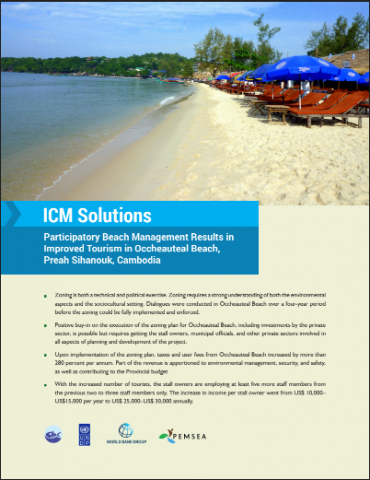 In Preah Sihanouk, beaches are a major source of income for the province through tourism. But investments to improve or even maintain the beach and its facilities were scant. The steady upswing in tourist arrivals was matched by the development of an increasing number of tourist accommodations and establishments. In 1993, there were only 19 hotels and guesthouses but, by 2014, this has grown to 57 hotels and 221 guest houses. Despite the welcome economic benefits of coastal tourism in the province, serious social and environmental problems have arisen, including illegal construction along... 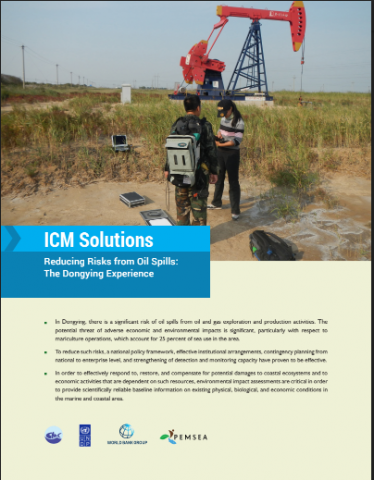 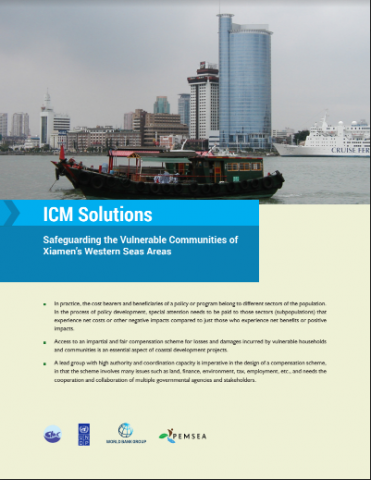 According to Xiamen’s Marine Function Zoning Scheme (MFZ) (1997), the dominant functions of the Western Sea Areas (WSA) are port and transportation, while tourism and the protection of endangered species are included as secondary functions. However, at the time most of the sea areas were densely covered by floating cages and oyster rafts, which did not comply with the specified MFZ functions. In order to implement the MFZ, Xiamen City initiated, as a component of its ICM program in 2002, the Integrated Improvement and Management of the Western Sea Areas Program (IIMWSAP). 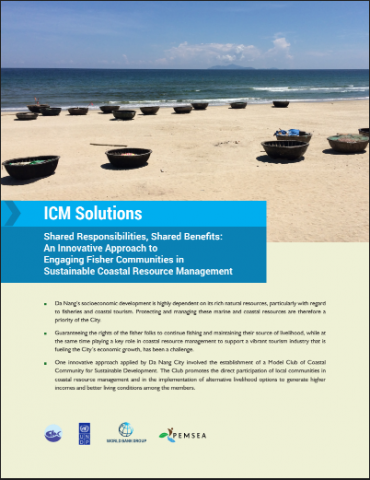 ICM implementation in Da Nang started in 2000. It was seen as a means of guiding and supporting the city government in its pursuit of sustainable development, as manifested in Da Nang’s Socioeconomic Development Plan and Environmental City Plan. Over ten years of ICM program implementation have contributed to improving the City’s planning and management capacity including expanding the involvement of civil society in program implementation resulting to better appreciation of the role of communities in environmental protection. 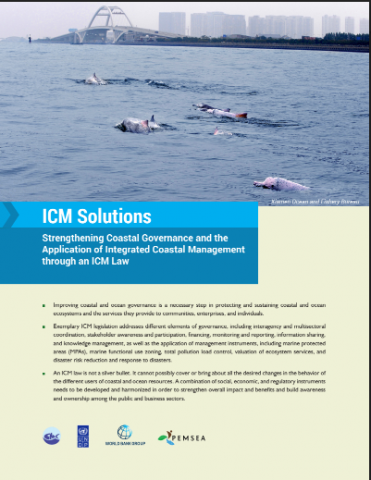 Xiamen City opened itself to the outside world as a Special Economic Zone (SEZ) in 1981. The subsequent economic upswing coupled with the rapid growth of population and urbanization demanded more jobs, food, energy and living space, among others. Coastal reclamation, aquaculture, ports and shipping (Zhang, et al., 2013) not only brought huge environmental pressure but also yielded conflicts in the use of the sea space (e.g., incompatibilities between fisheries, shipping, coastal engineering, waste disposal, tourism and conservation [PEMSEA, 2009]). 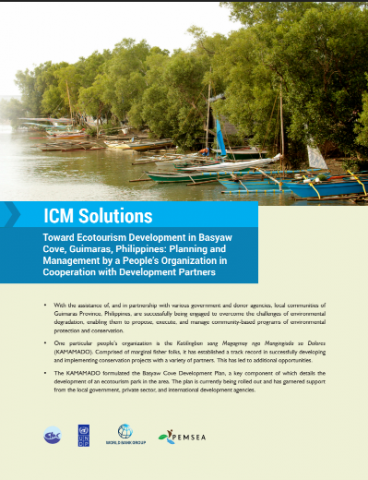 Toward Ecotourism Development in Basyaw Cove, Guimaras, Philippines: Planning and Management by a People’s Organization in Cooperation with Development Partners

The island province of Guimaras is the youngest and smallest of the six component provinces of the Western Visayas region in the Philippines. Guimaras is composed of five coastal municipalities: Jordan (the provincial capital), Buenavista, Nueva Valencia, Sibunag, and San Lorenzo. 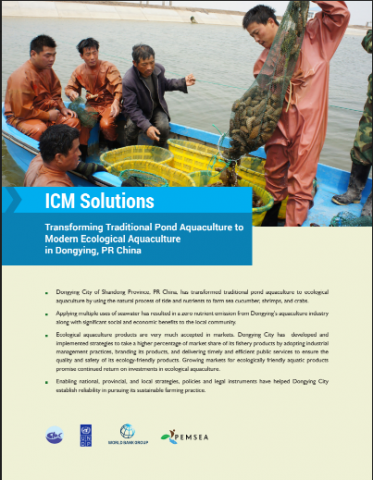 In the last three decades, extensive coastal areas along the Yellow River Delta were converted into fish ponds for the cultivation of high value marine commercial species such as shrimps, abalones, and sea cucumbers. Widespread farming techniques required heavy inputs of commercial feeds for shrimp farming or fertilizers to increase benthic algae or primary productivity in abalone and sea cucumber farming. Such aquaculture practices have resulted in wastage of commercial feeds, increased sedimentation, and bacteriological/virological contamination and high concentrations of nutrients in...