Batangas (Tagalog: Lalawigan ng Batangas), (Spanish: Provincia de Batangas), is a first class province of the Philippines located on the southwestern part of Luzon in the CALABARZON region. Its capital is Batangas City and it is bordered by the provinces of Cavite and Laguna to the north and Quezon to the east. Across the Verde Island Passages to the south is the island of Mindoro and to the west lies the South China Sea. Poetically, Batangas is often referred to by its ancient name Kumintang.

Batangas is one of the most popular tourist destinations near Metro Manila. The province has many beaches and is famous for excellent diving spots including Anilao in Mabini, Sombrero Island in Tingloy, Ligpo Island in Bauan, these areas more popularly known as Anilao. Matabungkay in Lian, Punta Fuego in Nasugbu, Calatagan and Laiya in San Juan.

Batangas is also where Taal Volcano, one of the Decade Volcanoes is located. It is also where the Taal Heritage town lies, a small picturesque town that has ancestral houses and structures dating back to the 19th century.

Batangas has the second largest international seaport in the Philippines after Metro Manila. The identification of the city as an industrial growth center in the region and being the focal point of the CALABARZON program resulted to the increasing number of business establishments in the city’s Central Business District (CBD) as well as numerous industries operating at the province’s industrial parks. 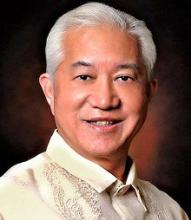 14.1 Scale up the protection and conservation of marine and coastal ecosystems and resoiurces that are socially, ecologically and/or economically significant as a percentage of the areal extent of coastal and marine areas within the jurisdiction of the local government